Inspired by an article written by Christina Sarich on Natural Society | Anyone who thought the legalization of marijuana would be a dangerous move is up against some serious numbers.  Weed sales are continuing to incline, and crime rates are continuing to decline.   Not counting medicinal weed sales, Colorado sold over $34 million in their recreational weed market in the month of August JUST for the purpose of recreation.  $3.4 million of that (10%) goes straight into government coffers and towards building schools.  At this pace, according to PolicyMic, Colorado will make at LEAST$30 million this year in pot taxes alone. 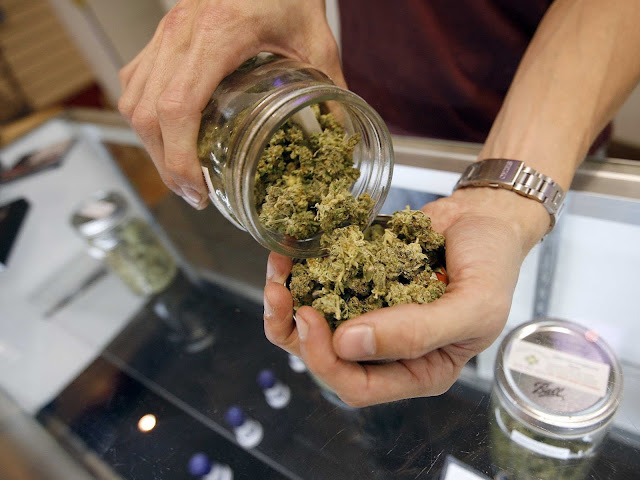 This is bringing in some serious tax money that is being used to strengthen the community, provide free education, and is cleaning up the streets in the process.  How can anyone argue with this?

What’s promising is that these numbers are expected to keep going up to, and sales are expected to continue to incline(coinciding justfine, take note Washington).  Many say that a figure closer to $60 million in weed tax revenue is a more likely assumption.  Why is this not legal in every state yet?  Here is a graph showing the continual increase in sales: 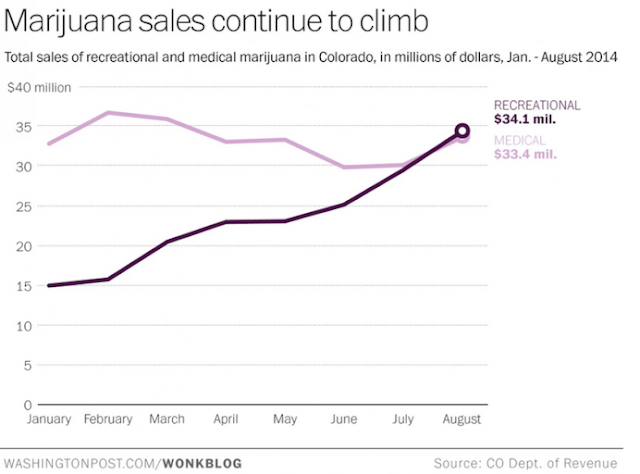 The best part is that crime rates are also down in Colorado.  Not just by a little bit, but by a whopping 15%.   And the murder rate has dropped by 42%!  We can expect that the government will spend more money improving infrastructure and other business opportunities for Colorado citizens with all of this new tax revenue, and unemployment rates are plummeting.

And let’s not forget the indirect economic benefits other companies may be experiencing from marijuana legalization.  Bakeries, grocery stores, pizza shops, and restaurants will see a positive impact in the numbers they bring in.  Marijuana is known to stimulate hunger, so the legalization of pot will be better for the economy in a variety of ways.

With over 100 legal dispensaries available in Colorado right now, we need to ask ourselves.  Which activity will lead to more destruction, violence, unhappiness, crime, and chaos within a society.  Going out and drinking alcohol at bars?  Or smoking weed in cafes?  With the statistics now making it undeniable that the legalization of marijuana was the right decision, and we need to be more open to the idea of legalizing marijuana.  Not only for the sake of preserving basic human rights, but also for the good of society and the economy.


Here is a video talking about the economy and crime rates since the legalization.