This Cop Had to Tell a Kid His Parents Were Dead, Then He Went Way Above and Beyond the Call..

This teen’s parents were killed by a drunk driver less than a week before his graduation ceremony, but the cop who had to give him the bad news pledged to be there for him and see him through.

One of the worst parts of being a police officer is having to give bad news to family members of crime or accident victims. Police officer Eric Ellison of Orange, Texas had to to just that on May 24. He went to the home of parents Riley and Emily Portie, and found their son Kazzie, 18, home alone. He had to give Kazzie, the youngest of the Portie’s five children, the news that his parents Riley and Emily had been killed in a motorcycle accident by a drunk driver.

Officer Ellison told BuzzFeed News that a devastated Kazzie said that he didn’t  know what he was going to do, as his high school graduation was less than a week away. Ellison told him, “You’re going to walk! I’ve got your back.”

And so, a week after losing his parents, and with the incredible support of his community and Officer Ellison, Kazzie Portie did just that. And Ellison was there to embrace him after he received his diploma in a tear-jerking moment. 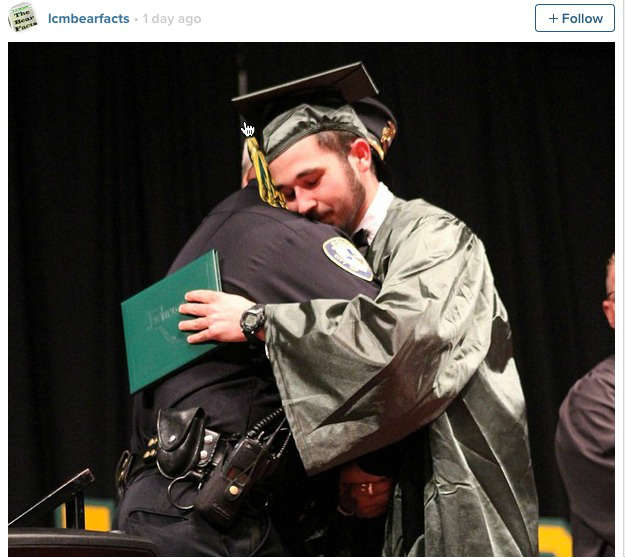 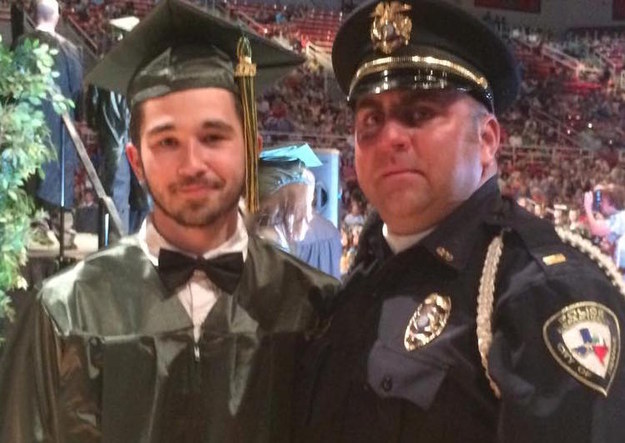 The entire crowd gave Kazzie a standing ovation as he received his diploma. The graduate said “Seeing Officer Ellison there to congratulate me meant the world to me. It was so nice to see that he actually showed a genuine care for me and my family’s situation instead of us just being another ‘case.'”

Our prayers are with Kazzie and the Portie family during this sad time. Officer Ellison, we are grateful that you went above and beyond for this young man!