Father Captures A Photo Of His 3-Year-Old Son In Charleston Aftermath..

Given the racial turmoil in this country, photos like this must go viral. They must go viral to remind us of the hope that our children bring amidst dark times.

John Nettles Jr. captured a photograph of his 3-year-old son Parker hugging a woman, and it nearly brought him to tears.

It’s hard to believe, when we see such incidences of violence or injustice, that most people seek compassion rather than hate. Just look at how two clashing protestors came to an understanding when they chose to listen to each other. 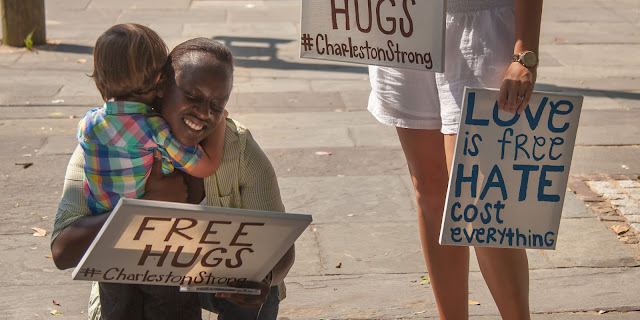 Nettles and his son are from Charleston, the South Carolina town that was recently struck by a racially motivated shooting. Dylann Roof murdered 9 black churchgoers after writing a manifesto detailing his disdain for people of color.

Nettles and Parker took part in Charleston United, an event created by local churches that would allow residents, both black and white, to come together in solidarity.

“The way my city has responded to the hate is something I haven’t seen in a long time and I think it’s the start of something greater in this country,” Nettles told the Huffington Post. “The world expects violence, riots, bitterness and more hate, but we are doing a wonderful job of showing how love wins. It’s definitely hard to ‘love your enemies’ and much easier to fight violence with violence and hate with hate, but what good does that do?”

However, he was most impressed with how his son reacted. See the incredible photo below.

SHARE if you think this child’s love is exactly what this country needs.

When Nettles saw his son Parker hug a stranger without a second thought he wrote this: 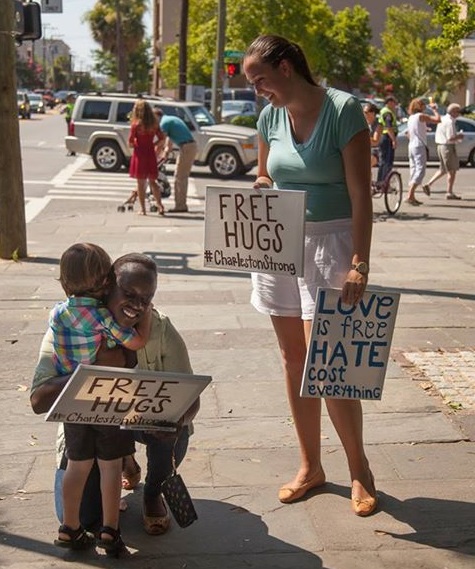 To him, it’s just a hug with another person.

It’s probably the most beautiful hug I’ve ever witnessed.”