Father Sends Surprising Message To Parents Who Embarrass Children Online - EVERY PARENT MUST WATCH THIS..

There’s been a recent, growing trend among parents who post videos intending to humiliate their children online. With the strength of social media and the speed at which videos are shared, some parents think going public with punishment is the way to go.

We’ve seen it happen online before — like the dad who decided to publicly humiliate his son after finding out he was bullying other kids at school. Other parents have begun shaving their kids’ heads to make them look bald.

People are divided over this type of parenting. Some think it’s creative and effective, while others believe it’s unnecessary and over-the-line. The dad below belongs to the latter group, and his powerful message is now going viral.

Wayne, a dad from Florida, recently posted the video below. It’s already received over 14 million views on Facebook! Wayne believes it’s because people are looking for “an authentic display of love from a father to his son.”

At first, it appears as though Wayne is punishing his son Isaiah for misbehaving. He has Isaiah sitting in a chair with his head down, as if he’s going to shave his son’s hair in an embarrassing way. But then, something surprising happens. I won’t give it away. I think it’s pretty amazing, and Wayne is an awesome father.


What do you think about Wayne’s message? Let us know, and please SHARE this video with your friends on Facebook. 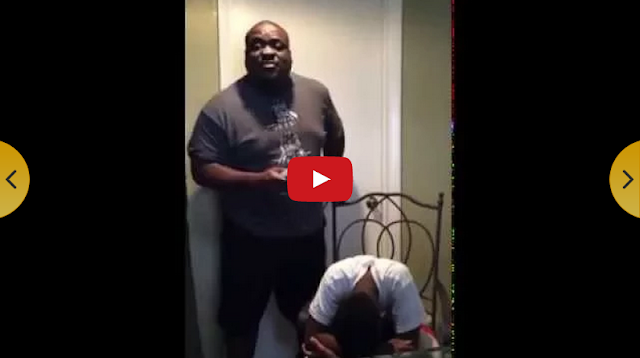 Thankx for the Article - Source