You’ve probably heard someone calling themselves an Empath and describing themselves as over sensitive.
But most people who use this term are just a-holes hiding behind the terminology.
They have been hurt at some point in their life (like we all have) and they try to justify their weakness by hiding behind this term. It’s like their shield.
They are safe from questioning themselves because they’ve identified with being an ‘Empath’ – someone who feels too much and is here to help the world with their emotions, because everyone else is ruining it. At least that’s what they make out of it. 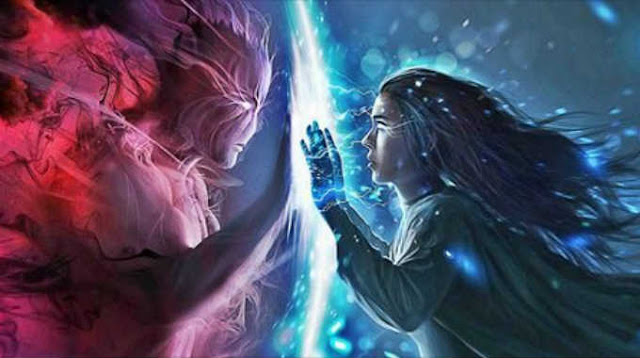 Now don’t get me wrong, there are real empaths who have psychochemical imbalance and respond to the outside world more sensitively than others.
Because their emotions are a big part of their life, bigger than for other people, their emotional intelligence is slightly higher.
That’s not something they carry on their forehead, telling everyone they meet they are empaths. Just like a person with an OCD doesn’t open a conversation with ‘because I am over intelligent and see patterns everywhere…’
It doesn’t matter if you see patterns others can’t, if you feel too much, if you eat only vegetables, or like to meditate. Being a good person is beyond that.
It demands facing your own demons, not hiding away from them and projecting them upon the world.
And that’s something most people would rather mask, in return creating the bad world they blame everyone else for.

Here is how a FAKE Empath sees the world:

Empath:  One who has a high degree of sensitivity and caring to the feelings of others, to the point it can become a problem. If your client is occasionally saddened by ads about abandoned animals or starving children, it’s because they have a unique and wonderful super power. Please note that one of the most common signs that your client is an empath is that he/she is highly responsive to flattery.
Sociopath: Anyone who hurts an empath’s feelings, especially within the context of a romantic relationship. Examples include someone who forgets an anniversary, leaves the toilet seat in the wrong position, forgets to pick something up from the store, or has to be told to pick something up from the store.
Psychopath: Anyone who hurts an empath’s feelings, especially within the context of the breakup of a romantic relationship. Symptoms include having different tastes in movies or TV or music than an empath does, or forgetting to pick something up from the store twice in a row.
Narcissist: A person they care for that doesn’t give them equal amount of attention, and is more focused on their self. A simple interaction with them is emotionally draining because ‘Empaths’ invest too much of themselves in the ‘relationship’ giving everything to the other person, and they get abused. The other person might simply don’t care that much, or don’t feel the same way.
Caring and Concerned: What empaths are when they express negative feelings.
Rageaholic: What sociopaths, narcissists or psychopaths are when they express their negative feelings to an empath.
Indigo Child: The offspring of an empath. An evolved soul who expresses him/herself freely and does not like being disciplined.
Demon Child: The offspring of a sociopath, narcissist or psychopath. May occasionally require discipline. Inherently inferior to an Indigo Child in every way.
Soulmate: That person you’ve been on three really good dates with.
Twin Flame: That same person after you’ve been in a good relationship for three months.
Satan Incarnate: That same person after you’ve lived with him/her for six months.

Here is how a real empath sees the world:

“I am a human being just like everyone else. I don’t care who you are, if you are a good person I will like you. If you are not, I won’t like you. But each and every single living being deserves respect, even the ones you hate the most.
You have every right in the whole world to not like me, just like I have every right in the whole world to not like you. I don’t need to judge you, but sometimes I will, and that’s my problem.
I know you are only human deep inside, troubling to face your own demons. We all do sometimes. We all have flaws. And sometimes we can get along, and it would be a good time. Deep inside, behind all that chatter and all those layers, we all love one another. That’s why we care.
The world doesn’t need saving. We need to learn how to live with each other. As far as I see, the world is alright for every other living thing, except us. So maybe there’s something wrong with the way we see the world, maybe it’s our own demons that fool us.
And yeah… I am kinda sensitive and perceive things more to the heart than others. That’s my horse, you don’t have to worry about it. I learn to ride it.”