Feeling anxious is part of everyday life. We all have experienced it at some point in our lives (if not on a daily basis). In a controlled measure, this feeling does more good than damage to us. It is a sort of an alarm system for our emotions, if you want to call it so.
However, an anxiety disorder is a different scenario altogether. The distress caused by an overwhelming sense of anxiety can easily hamper your everyday life if it’s left unacknowledged and untreated. This is undoubtedly a bleak scenario and thus lends a very negative image to anxiety as a whole. 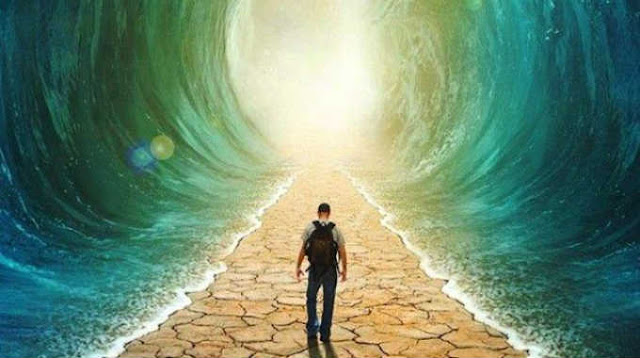 But what if this curse comes with its own set of boons too; advantages that you wouldn’t be possessing otherwise?
Anxiety and its effects has been a favored research topic of science for a long time. As a result of an extensive studies it has now been found that besides the commonly known negative effects, anxiety does impart certain positively helpful behavioral and mental powers.
Along with anxiety comes a heightened sense of perception. This perception is an integrated part of anxiety, but attached to this are 4 powers which are not regular occurrences:

Anxiety has been a part of the human psyche for a longer period than you might imagine. It can be traced back to the early evolutionary period where it helped our ancestors survive the dangers that would otherwise lead to death. This survival mechanism helped them stay alert and detect a possibly dangerous situation before it caused any harm. And it made sense too, for a life in the wild for the early humans required every mechanism to survive. With rise of our evolution, this constant threat of being hunted disappeared, leaving anxiety in its wake. Now it is perceived as a response to non-existent danger. However, what if it still plays a vital role in certain survival situations?
In recent studies, French scientists have discovered that anxiety-ridden people possess a unique sixth sense that could be life saving. It was noticed that some regions of the brains of these people had the ability to detect danger in merely 200 seconds. This rapid detection of possible threats allows them to react appropriately in an adverse environment and thus possess the potential to save one’s life.

What if another plus by anxiety is higher IQ? Researchers at SUNY Downstate Medical centre in New York have confirmed that this is indeed true. They tested the IQ of people with general anxiety disorder and found that there was a positive correlation between anxiety and intelligence. This should not come as a surprise seeing how people with anxiety over-analyze their environment continuously. This means their brain is constantly processing information, a feat which is impossible without a higher IQ.

It has been noticed that people with anxiety are constantly obsessed with how others feel. But what if instead of being an obsession per se, this is a heightened sense of empathy? Psychologists at the Department of Psychology, University of Haifa, Israel confirm that this is true.
According to the research, people with high social anxiety “exhibited elevated empathy tendencies”. It was noted that not only did these people exhibit a higher sense of empathy, but they could also detect others’ emotions with a high level of accuracy.
Perhaps, this is why anxiety ridden people avoid socializing with other people. Empathy is a double edged sword and it is a gift which can turn into a curse if left unsupervised. Whatever may be their reason to avoid people, always know that a person with anxiety could read your emotions unlike others.

Although not scientifically proven like the previous three, it doesn’t make this fact any less plausible. A person with social anxiety isn’t always affected by it. Only certain people trigger this sense while others cannot. This makes it highly probable that people with anxiety are able to sense the vibrations from others. A negative vibration will make them uncomfortable while a positive one would help them emerge out of their comfort zone.
Keeping these facts in mind one is bound to wonder if anxiety is not as much a mental illness as it’s a different state of mind that society hasn’t been able to grasp.
This post was republished from simplecapacity.com. You can find the original post here.