What Does Your Zodiac Reveal About Your Deepest Thoughts?

The zodiac sign you were born under says a lot about your personality, demeanor, and your overall thoughts about life. The mindset of each zodiac sign varies, as all twelve signs possess different characteristics. If you’d like to know more about the mindset of your zodiac sign, keep reading below. 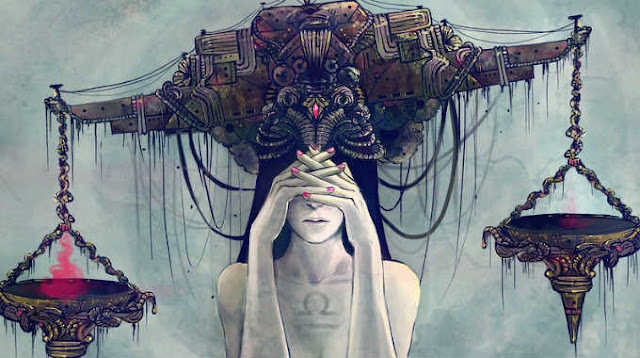 WHAT IS YOUR ZODIAC MINDSET?

Aries don’t mind taking on the world by themselves; they have a headstrong, go-getter attitude, and nothing will slow them down or stand in their way. They leap before they crawl, and have high self-esteem no matter what people say about them. To people who don’t know them, they might seem bossy, demanding, and arrogant, but they have big hearts, and will protect and cherish those they love with everything they have.

Taurus might seem stubborn and unwavering, but they just like to do things their way, and don’t see the need to speculate on how to do something if they know how already. They have a strong work ethic, and love to indulge in the finer things in life after working so hard. Loyalty and trust matter deeply to them, so if they let you in, don’t disappoint them. They don’t open up easily, so consider yourself special if you get to see the parts of themselves they usually keep hidden.

Geminis have a split personality, making it difficult for most people to understand them. On one hand, they love going out, meeting new friends and conversing with old ones, and just living it up to the fullest. They have a charismatic, warm, open personality that draws people to them easily, but they also have a fiercely independent side that makes them hide away from others at times and do their own thing. Gemini believe in having fun above everything else, and don’t take life too seriously.

Cancers can seem even more difficult to decode than Geminis. They have a playful spirit underneath their hard shell, but sometimes, they can seem as serious as a heart attack. One minute, them seem like they’ve finally warmed up to you, and the next, they go back into hiding, afraid of feeling too vulnerable. Cancers can come across as too sensitive and needy, but they just want to love and feel loved. They surround themselves with genuine people, and avoid those who try to hard or seem manipulative. Cancers can easily spot fake people, as they have a strong intuition.

Leos don’t hold anything back; they love the spotlight, love attention, and love telling it like it is. The lion can seem a bit cocky and obnoxious, but they are some of the most lovable people you will ever come across once you get to know them. They are the life of the party, and can make even the most serious people laugh. Leos love being around people, but their independent streak makes getting close to others difficult at times. They have a strong sense of who they are, and aren’t afraid to let their true self shine through for the world to see.

Virgos have an analytical, contemplative, and logical mindset; if you need a problem solved, just call on a Virgo and they will get right on it. Virgos look at the world through a practical frame of mind, and don’t let their emotions cloud their better judgment. They might seem a bit rigid and uptight, but they have a method to their madness. They enjoy having intelligent conversations, and don’t really give others the time of day if they don’t sense a connection with them.

Libras love balance, and strive to create it in everything they do. They steer clear of trivial drama and instead work on creating their own happiness, leaving their imprint on the world rather than letting the world drag them through the mud. If a Libra feels imbalanced in life, everything else will start to fall to the wayside until they can figure out the issue at hand. Libras have a calm, collected, and soothing nature that makes them approachable and highly relatable.

Scorpios have a mysterious air about them; even after a few conversations with them, they still can seem difficult to read. They also can seduce anyone that catches their eye, as they are greatly in touch with their sexuality. However, get on their bad side, and they can switch from innocent and shy to vengeful and spiteful in a heartbeat. Scorpios need reassurance to know that you really love and care about them, and enjoy grand gestures.

Sagittarius’ love adventure and constant movement; they can’t sit still for long without getting bored and restless. They can sometimes talk too much, but they don’t see that as a problem; they need to have people around who can keep up with their fast pace. Sagittarius believe in living life to the fullest, and often don’t think before they act. They fly by the seat of their pants, and don’t think twice about how they choose to live.

Capricorns also have a strong work ethic, and sometimes get so caught up in their work that they forget everything else. They believe wholeheartedly in earning their way through life, so putting all their blood, sweat, and tears into their work only makes sense to them. You might have to pry them away from their desk at times, but if you can manage to, they will shower you with love and affection, and remind you how important you are to them.

Pisces imagination will intrigue you for days, as they have whole worlds swimming through their veins and live in a totally different universe than the rest of us. They have a deeply sensitive and caring nature, and will stand by and protect their loved ones, no questions asked.

Aquarius sometimes seem closed off to emotions, but they just take some time to crack open. They have a longing for travel, learning about new cultures, and meeting people from all different backgrounds. Aquarius thrive on intelligent conversations and people with an open mind, but also enjoy their alone time. Aquarius are some of the most interesting people you will ever meet, if you stick around to let them show you the real them.
This post was republished from powerofpositivity.com. You can find the original post here.