If You Think Witchcraft Is Evil, You’re Dumb As Hell

Was that title a bit too harsh? Maybe. But to be honest, I am sick of having to explain this to people.

For the past week I have had this subject come up so frequently that I figured I must be meant to write about it. So here goes: 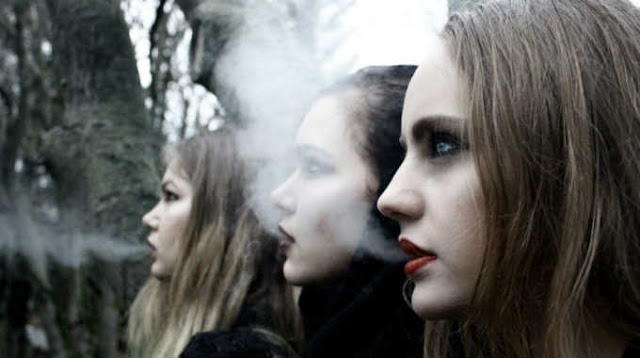 Witches are not evil. I know that some of you might still be stuck in the days of Salem, but a few things need to be set straight because this entire perception of who we are is beyond f*’d up.

What do witches do?

Believe it or not, we don’t wear point hats and ride around on broomsticks, and we don’t “curse” people. Real witches who practice the craft are not trying to hurt anyone, and they aren’t out for selfish gain.
What witches do is simple: we bask in the essence of nature and pay attention to the energies around us. Honestly, you’d be surprised how much goes unnoticed in your life when you are rushing around all the time. That’s another thing- we like to take our time with things. We put our energy and our focus in to the things we are trying to manifest, just like anyone else who “wishes” for something. But you don’t go around verbally crucifying  every person who says “Oh I wish I could do that,” or “Oh I wish I could have that in my life.” So please stop verbally crucifying us.

What do witches believe?

This may vary depending on the kind of person you are talking to, but for me, and most Wiccans, we believe in a couple key things.
First, “harm none” is the foremost rede. And next would be “the power of three.”
The power of three entails what comes back to you. It is essentially why witches do not perform what you would call “black magic.” It’s like Karma, but three-fold. “By the power of three times three, As I will, so mote it be.”If you know anything about numbers, you know the number 3 is powerful and it connects everything in the Universe. Even Tesla had theories about this concept.
To sum it up, “traditional Witches are not monotheistic nor do they follow any revealed scripture (Torah, Gospels, Quran, Book of Mormon, etc.). Traditional Witches do not worship any entity as their superior, though they recognize the existence of other entities. They believe in the equality of all beings in the Universe, seeing them as different, separate, but never superior or inferior. This difference is often a source of confusion. A Traditional Witch may speak of the God and the Goddess, referring to the female and male aspects of Nature, but while they revere and respect Nature, they do not worship it or its representatives. Traditional Witchcraft is polytheistic and animistic, meaning that they incorporate a number of elements and spirits into a meaningful whole.”
” It is fertility, earth-based and nature oriented; Wiccans recognize and worship during the change of the seasons and the full and new moons…. Wicca is unique in that it has no dogmas, doctrines (sic), or set of rules…. Wiccan practices are derived from within, are personal and individual and are not mandated by any one person, hierarchy, or “Bible”.”
The principles of Wiccan belief are as follows:
01. We practice rites to attune ourselves with the natural rhythm of life forces marked by the phases of the Moon and the seasonal Quarters and Cross Quarters.
02. We recognize that our intelligence gives us a unique responsibility toward our environment. We seek to live in harmony with Nature, in ecological balance offering fulfillment to life and consciousness within an evolutionary concept.
03. We acknowledge a depth of power far greater than that apparent to the average person. … it is sometimes called “supernatural,” but we see it as lying within that which is naturally potential to all.
04. We conceive of the Creative Power in the universe as manifesting through polarity—as masculine and feminine—and that this same Creative Power lies in all people, and functions through the interaction of the masculine and the feminine. … We value sex as pleasure, as the symbol and embodiment of life, and as one of the sources of energies used in magickal practice and religious worship.
05. We recognize both outer worlds and inner, or psychological, worlds sometimes known as the Spiritual World, the Collective Unconsciousness, Inner Planes, etc.—… We neglect neither dimension for the other, seeing both as necessary for our fulfillment.
06. We do not recognize any authoritarian hierarchy but do honor those who teach, respect those who share their greater knowledge and wisdom, and acknowledge those who have courageously given of themselves in leadership.
07. We see religion, magick and wisdom in living as being united in the way one views the world and lives within it—a world view and philosophy of life which we identify asWitchcraft—the Wiccan Way.
08. Calling oneself “Witch” does not make a Witch—…. A Witch seeks to control the forces within her/himself that make life possible in order to live wisely and well without harm to others and in harmony with nature.
09. We believe in the affirmation and fulfillment of life in a continuation of evolution and development of consciousness giving meaning to the Universe we know and our personal role within it.
10. Our only animosity towards Christianity, … is to the extent that its institutions have claimed to be the “only way” and have sought to deny freedom to others and to suppress other ways of religious practice and belief.
11. As American Witches, we are not threatened by debates on the history of the Craft, the origins of various terms, the legitimacy of various aspects of different traditions. We are concerned with our present and our future.
12. We do not accept the concept of absolute evil, nor do we worship any entity known as “Satan” or “the Devil,” as defined by Christian tradition. …
13. We believe that we should seek within Nature that which is contributory to our health and well-being. (Guiley, pp. 65-66)
Okay, so I hope that helps clear some things up.
Also, when it comes to spells, you use them too. Whether you know it or not, the words you speak are powerful and they carry magic. You create your reality as much as we do, simply by saying things over and over again. If you put yourself down and say you will never accomplish the things you want to achieve, then guess what? You are turning that into a reality by saying it and putting it into the Universe. Try speaking in a better way about yourself and see what happens.
I really just want everyone to try and understand that witches are not evil. It’s too easy for people to associate negative concepts to things they don’t understand.
Real witches, those who live to do good and embrace nature, are your friends. They aren’t going to turn you into a frog, but they very well may help you to see the prince (or princess) that’s inside. Give us a chance before you shun us, push us away, or say cruel things about us.
We’re really not that bad.
This post was republished from mysticalraven.com. You can find the original post here.