Robin Williams’ Widow Reveals The Tragic Cause Of His Suicide

Robin Williams’ suicide back in 2014 left millions of people heartbroken and baffled—how could someone so positive and funny take their own life?

Now, new revelations by one of the people closest to Robin in his final years is helping piece together the puzzle. (scroll down for video) 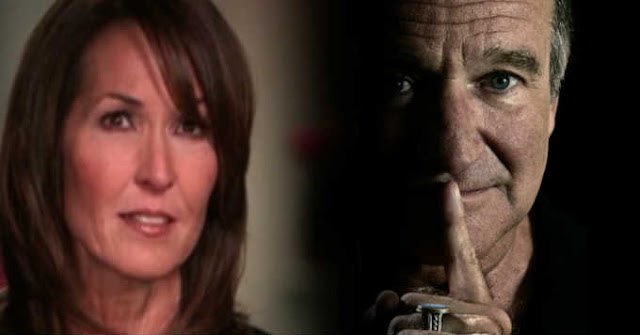 “It was not depression that killed Robin Williams,” said the late comedian’s widowed wife, Susan, in an interview with Good Morning America, “Depression was one of let’s call it 50 symptoms, and it was a small one.”‘

Instead, Susan suggests a more likely cause of suicide—a theory backed by Robin’s doctors.

“I’ve spent this last year trying to find out what killed Robin,” said Susan, “to understand what we were fighting, what we were in the trenches fighting. And one of the doctors said, ‘Robin was very aware that he was losing his mind and there was nothing he could do about it.”

Robin’s autopsy revealed that he had developed dementia with Lewy bodies (DLB). After Alzheimer’s, DLB is the most common form of dementia and its symptoms include hallucinating, altered mental states, and deteriorating motor functions.

“I know now the doctors—the whole team—was doing exactly the right things,” said Susan, “It’s just that this disease was faster than us and bigger than us. We would have gotten there eventually.”

Susan described patients with DLB as behaving like a “pinball machine” and that you “don’t know exactly what you’re looking at.”

In his final days, Susan said that Robin would go from “totally lucid” one minute and then speaking things that “didn’t match” a few minutes later. But by the last month of his life, his mental functions severely deteriorated and “it was like the dam broke.”

“In my opinion, oh yeah,” said Susan when asked if suicide was Robin’s final attempt at control over his life, “I mean, there are many reasons. Believe me. I’ve thought about this—of what was going on in his mind, what made him ultimately commit, you know, to do that act. And I think he was just saying, ‘No.’ And I don’t blame him one bit. I don’t blame him one bit.”

You Can Watch The Full Interview Here:


This post was republished from davidwolfe.com. You can find the original post here.
Sources: Good Morning America | Opposing Views