When it sneaks out, it transforms into nervous habits. Nail biting. Foot tapping. Running my fingers through my hair. 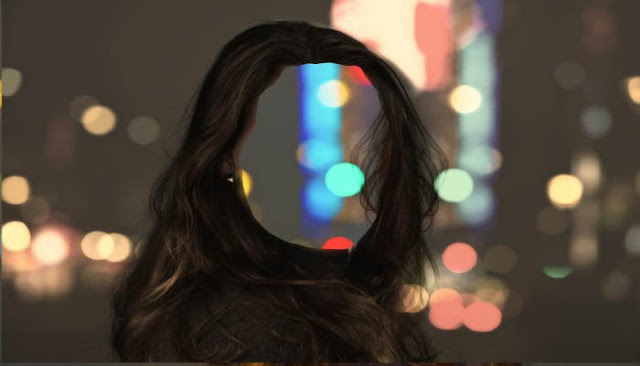 If you look close enough, you can see it in answered text messages. Flakiness. Nervous laughter. The panic that flashes through my eyes when a plan changes. When anything changes.

A snake slithering up my back, clamping its jaws shut where my shoulders meet my neck. Punch-in-the-gut stomach aches, like my body is confusing answering an email with being attacked by a lion.

All the while, it appears perfectly calm.

It’s always looking for the next outlet, something to channel the never-ending energy. Writing. Running. List-making. Mindless tasks (whatever keeps you busy). Doing jumping jacks in the kitchen. Dancing in the living room, pretending it’s for fun, when really it’s a choreographed routine of desperation, trying to tire out the thoughts stuck in your head.

It’s always being busy but also always avoiding, so important things don’t get done. It’s letting things pile up rather than admitting you’re overwhelmed or in need of help.

It’s that sharp pang of saying the wrong thing, the one that starts the cycles of thoughts. Because you said too much, and nobody cares, and it makes you never want to speak up again.

It’s going back and forth between everyone else has it together but you, and so many people have it tougher than you.

Get your act together.

You’re not OK, you’re messing everything up.

You’re totally OK, stop being such a baby.

It’s waking up in the middle of the night sobbing because the worst-case-scenario that just went through your head at high speed seems so real, so vivid, that even when it’s proven to be untrue, it takes hours for your heart to slow down, to feel calm again.

Because how “OK” are you when a day without a plan is enough to make you crumble? When empty spaces make you spiral at the very anticipation of being alone with your thoughts? When you need to make a list to get through a Sunday: watch a show, clean your kitchen, exercise, answer five emails, read 10 pages, watch a show… ?

It’s feeling unqualified to write this piece because I’m getting by. It’s when you’re social enough to get invited to things, but so often find yourself standing in a room where it feels like no one knows you. It’s being good at conversation and bad at making close friends because you only show up when you feel “well” enough. Only text back when you feel ready. Because you’re afraid they’d hate you if they really knew you. That the energy would overwhelm them, and you’d lose them.

So you learn to rein it in. Channel it. Even though sometimes you do everything right (exercise, sleep, one TV show, five emails, 10 pages…) and you’re still left with racing thoughts, the panic. The not good enoughs.

When will it be enough?

It’s when “living with it” means learning how to sit with it. Practicing staying in bed a little longer. Challenging the mean, unrelenting voices that say you’re only worth what you produced that day.

It means learning how to say, “I need help.” Trying to take care of yourself without the guilt. It means every once in a while, confiding in a friend. It means sometimes showing up even when you’re scared.

It’s when answering a text impulsively and thoughtlessly is an act of bravery.

It’s fighting against your own need to constantly prove your right to exist in this world.

It’s learning how to validate your own feelings. That even though you don’t feel like you’re enough, and you’ll never be enough, it’s knowing you’re at least anxious enough to benefit from help. That admitting you need it doesn’t confirm voices’ lies. That taking a break doesn’t mean you’re a failure.

It’s finding your own humanity in the anxiety, in your weaknesses. It’s trying to let the energy inspire you, instead of bring you down. It’s forgiving yourself when it wins.

It’s a way to live, with this constant companion. Your bullying twin. Collapsible luggage you can bury away at a moment’s notice. Shove it under the bed. Pretend it’s not there until you can’t fit anymore. Until you can no longer ignore it. Until you have to face it.

A first good step is staring at it straight on and calling it by its name.

High anxiety can be a natural consequence of a busy lifestyle, but its existence is akin to the chicken and the egg. Which came first, the anxiety or the busyness? Am I always moving because I’m anxious or am I anxious because I’m always moving?

Either way, it’s not a noble way to suffer. It’s not a “better” way to be anxious. Just because you’re “functioning” doesn’t always mean you’re happy. And just because you’re functioning doesn’t mean you shouldn’t slow down, breathe and take one damn second to be happy the way things are.

In this very moment.

To remember the peace you found in that second of silence, until the electricity starts again, and you’re forced to move.