This Man Was Given 18 Months To Live. Here’s How He Illegally Cured His Cancer..


At the age of 32, David Hibbitt of Staffordshire, UK, was diagnosed with cancer. He refused to undergo chemotherapy, at which point his doctors gave him a prognosis of 18 months to live..

“I felt like the chemo was killing me and I had nothing to lose,” Hibbitt told Metro. “I could not really accept I was going to die.”

His friends told him about cannabis oil and how it had cured people of cancer in the past. At first, he was dismissive. “I’ve never been into drugs,” he said. 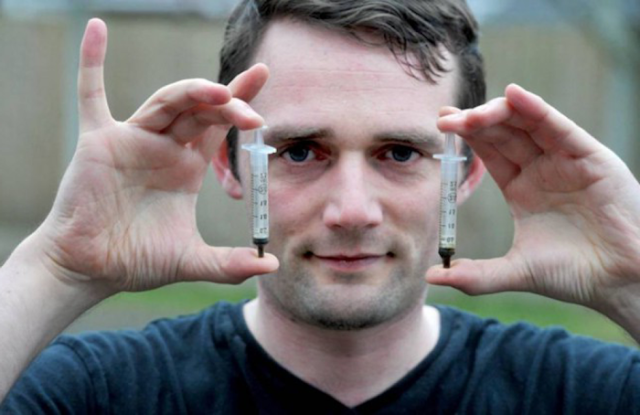 In 2013, he underwent radiotherapy, chemotherapy and surgery to remove his large intestine, but it was unsuccessful at stemming the spread of his cancer. In the end, he was willing to try anything, so he gave the cannabis oil a shot.

Fast forward 18 months and his doctors have declared him free and clear of cancer, at least for now..

Cancer Research UK says it is unaware of people using extracts from cannabis to treat themselves and that there is “no good evidence” to support it as a safe and effective treatment for cancer. But maybe someday the world will come around and give cannabis the chance it so clearly deserves.