He Died From Biting His Own Nails!

Nail biting is a common habit that not only affects the appearance of your nails, but also puts your health at risk. In case you know someone who’s into this habit, do your best to make them go out of it because their life might depend on it!

A recent case of a 40-year-old man who died of severe infection caused by nail biting shook the public. Namely, 40-year-old John Gardener never gave up biting his nails, even though he was strictly ordered to by his doctors. What happened was he got severe infection that caused his heart to stop. 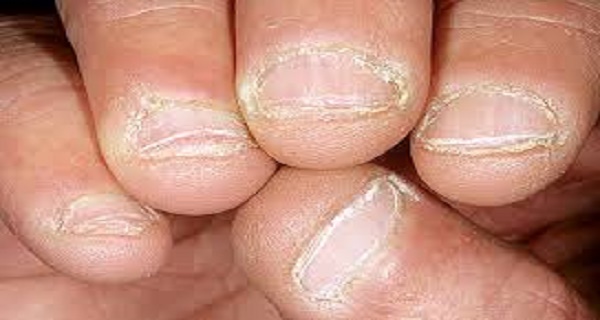 This common habit is dangerous for a number of reasons. According to doctors, John Gardener bit his nails and fingers to the point of bleeding, a habit that destroyed not only his nails, but also his fingertips, making them extremely sensitive to pain.

“John’s nails were always in a bad condition. They were often bleeding when he came,” said his doctors. As John had previously explained, he got into this habit because of anxiety and it only worsened when he was depressed.

The bleeding only got worse and one of his wounds became infected. As antibiotics couldn’t do anything about his condition, doctors had to amputate his fingertips. Although he seemed to feel better at first, this improvement didn’t last. In the words of his surgeon, only a couple of days after he turned 40, John suffered from heart failure due to a septic infection.

So, if you know anyone who’s in the habit of biting their nails, warn them immediately. You could be saving their life!