Selfie addict took TWO HUNDRED a day - and tried to kill himself when he couldn't take perfect photo..

Danny Bowman, 19, also dropped out of school, didn’t leave his house in six months and lost two stone trying to make himself look better for the camera

A teenager became so obsessed with taking the perfect selfie he tried to kill himself when he failed to do it.

He dropped out of school, didn’t leave his house in six months, lost two stone trying to make himself look better for the camera and became aggressive with his parents when they tried to stop him.

Finally, in a drastic attempt to escape his obsession, Danny took an overdose – but was saved by his mum Penny. 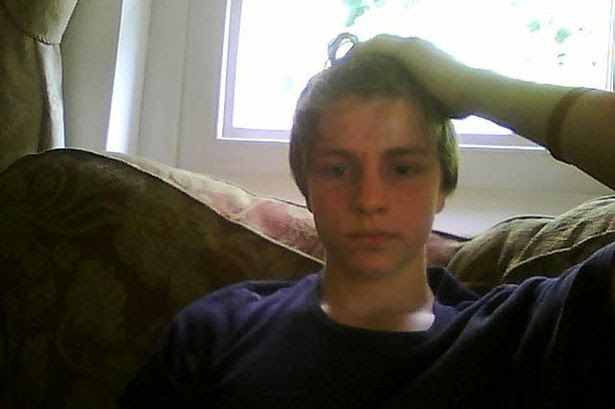 Now the lad, believed to be Britain’s first selfie addict, is battling back towards a normal life after intensive hospital therapy to treat his technology addiction, OCD and Body Dysmorphic Disorder – an excessive anxiety about personal appearance.

Danny says: “I was constantly in search of taking the perfect selfie and when I realised I couldn’t I wanted to die. I lost my friends, my education, my health and almost my life.”

But Danny is not some bizarre one-off case in a world where smartphone and social media obsession is spiralling upwards. The top psychiatrist at the clinic where Danny was treated revealed ­addiction to taking selfies is becoming so widespread it is now is a recognised mental illness.

“Danny’s case is particularly extreme,” said Dr David Veal who’s clinic has weaned the teen off his iPhone. “But this is a serious problem. It’s not a vanity issue. It’s a mental health one which has an extremely high suicide rate.”

The selfie craze has swept social media over the past five years, with stars, ­politicians and even Pope Francis posting shots online. Last year, the Oxford English Dictionary named it word of the year after research showed its frequency of use had soared 17,000 per cent in 12 months.

Danny is one of millions caught up by the craze – only for it to prey on his ­vulnerabilities.

He says: “The only thing I cared about was having my phone with me so I could satisfy the urge to capture a picture of myself at any time of the day.

“I finally realised I was never going to take a picture that made the craving go away and that was when I hit rock bottom.

“People don’t realise when they post a picture of themselves on Facebook or Twitter it can so quickly spiral out of control. It becomes a mission to get approval and it can destroy anyone.

“It’s a real problem like drugs, alcohol or gambling. I don’t want anyone to go through what I’ve been through.”

He first posted selfies on Facebook when he was 15. Danny says: “People would comment on them, but children can be cruel. One told me my nose was too big for my face and another picked on my skin. I started taking more and more to try to get the approval of my friends.

His ambition was to be a male model, but a casting session at an agency in 2011 sent him and his selfie-taking into turmoil.

Danny recalls: “They told me that my body was the wrong shape to be a model and that my skin wasn’t up to scratch. I was mortified.

“When I got home that night I stood in front of the mirror and took a photo of myself. I didn’t like it so I took another. Then before I knew it I had taken about 30, discarding each one.”

It was the beginning of his two-year addiction. Within a fortnight he was taking up to 80 selfies before he even left the house for school. 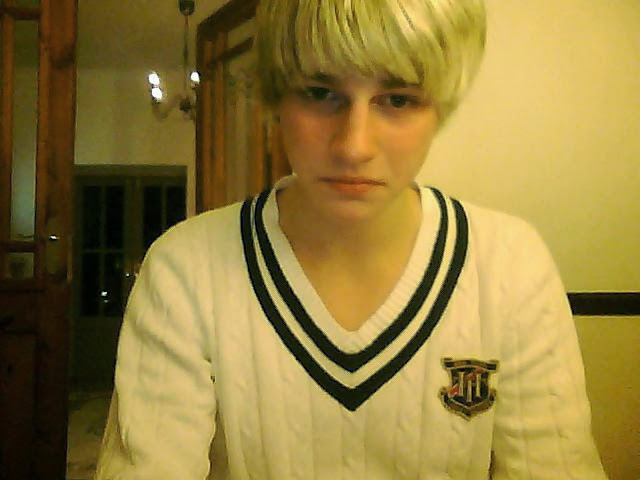 "Then I would spend hours looking at them, scrutinising my features and skin. I took selfies in bed, in the bathroom, and all day into the early hours.

“I would pore over pictures of my idol, Leonardo DiCaprio, and then take selfies in different poses, trying to look like him. But I felt so ugly.”

Soon, Danny started sneaking out of lessons three times an hour to take pictures in the toilet.

He says: “I would become really anxious and need to know what I looked like. I’d take pictures in the toilets mirror then lock myself in a cubicle to look at them until a teacher came to find me.

"I’d never been in trouble in my life but suddenly I found myself in the ­headmaster’s office every day. Taking selfies was making me late for school all the time.”

Danny dropped out of school at 16 so he could stay at home indulging his addiction. And he was desperately losing weight in search of the perfect snap.

He says: “I would limit myself to an apple and a bowl of couscous a day in a bid to be thinner and improve my skin. I had dropped from 9 stone to 7 stone but I still saw an overweight monster in the pictures.”

His worried parents Robert and Penny – who are both mental health nurses – tried to confiscate his phone. All it did was make their usually placid boy aggressive.

But no matter how many shots he took, Danny never liked any of them. And after a heavy selfie-binge in December 2012 he took an overdose at his home in Newcastle upon Tyne.

“I’d taken over 200 pictures that day and looked at them over and over,” he says. “I couldn’t see any that I liked. I couldn’t take any more and just started popping the pills.”

Luckily Penny found him and he was rushed to hospital.

Danny says: “I woke feeling groggy, in pain, with my parents devastated at what I had done. All I could think about was what I would look like in my next picture. I needed help.”

He was referred to London’s Maudsley Hospital. Danny says: “At first they would take my phone from me for 10 minutes, then half an hour, then an hour.

“It was excruciating to begin with but I knew I had to do it if I wanted to go on living.

“They made me scruff up my hair and walk down the street without my phone and no way to see what I looked like. Gradually I realised everyone wasn’t looking at me. I didn’t need to check my appearance the whole time.” Pose: He searched for perfect look

Selfie addiction is so new there are, as yet, no statistics on it.

But expert Dr Veal says: “The common treatment is where a patient gradually learns to go for longer periods of time without satisfying the urge to take a photograph, along with therapy to address the root cause of the problem.

"This can be anything from low self esteem to problems with bullying in the past.”

Danny’s relieved dad Robert says: “It was the most difficult time of our lives to see Dan go through this illness.

“We are both qualified mental health nurses and this was always our worst nightmare. There is a huge lack of understanding about the dangers social networking and mobile technology can pose if a young person already has any insecurities – which most do.

“It’s important parents are aware of the dangers and keep a close eye on their children’s behaviour and seek help if they feel it is needed.”

Now Danny has not taken a selfie for seven months.

He says: “It sounds trivial and ­harmless but that’s the very thing that makes it so dangerous. It almost took my life, but I survived and I am determined never to get into that position again.”