Hailed as the long sought-after elixir of youth ever since scientists demonstrated that it could reverse signs of aging in old mice, there has been a lot of interest in young blood as a potential rejuvenation factor. While scientists thought they may have pinpointed the responsible molecule, describing its impressive effects in several high-profile publications, its age-defying abilities have this week been called into question by a new study. But it seems scientists shouldn’t fall at the first hurdle as, interestingly, a new investigation has come out that showed that young blood can help old broken bones heal faster.

As described in Nature Communications, circulating the blood of young mice in older mice with fractures sped up the healing process, an effect that they could replicate by also giving the elderly mice a bone marrow transplant from youthful individuals. Furthermore, they were also able to pinpoint a signaling pathway that is at least partly responsible, although what causes it to go wrong in the elderly remains unknown. 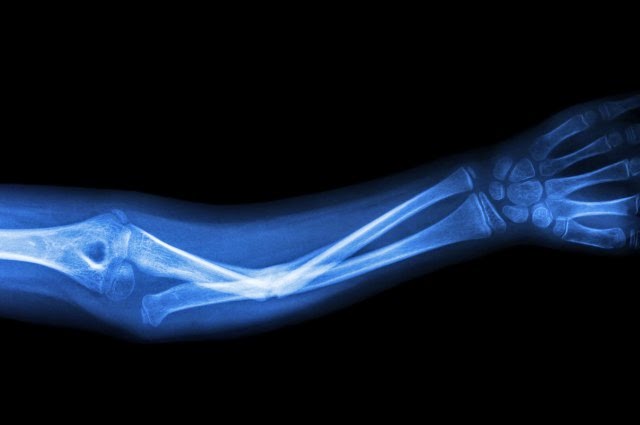 The signaling molecule in question is a protein called beta-catenin, which previous work demonstrated is essential for the repair of bone fractures. During certain stages of healing, levels of this protein must be tightly regulated. That’s because as the repair process kicks in, too much beta-catenin can cause immature cells that would be committed to forming new bone cells to actually become a different type of cell, leading to the production of tissue that is more like scar than bone, which inhibits repair.

Since we know that fractured or broken bones take longer to heal in older individuals, scientists from Duke University wanted to find out more about how the age of cells and the circulation affect the bone regeneration process. To do this, they used a technique called parabiosis to hook up the circulatory systems of two mice of varying ages whilst they were still alive.

They found that fractured bones in older mice healed much faster when their circulation contained blood from young mice, compared with mice of a similar age. This, they found, was at least in part due to a reduction in beta-catenin signaling during the early stages of fracture repair. Conversely, broken bones in young mice healed slower when their circulations were joined with old mice. Furthermore, the same rejuvenation effect was seen when older mice were given bone marrow transplants from young mice.

These intriguing findings challenge the long-held belief that the reparative ability of bone cells diminishes over time; instead, it seems that slow bone healing in older people is due to factors in our blood.

“It’s not that bone cells can’t heal as effectively as we age, but that they actually can heal if they are given the right cues from their environment,” senior author Benjamin Alman said in a statement. “It’s a matter of identifying the right pathway to target, and that’s what’s exciting about this work.”

Although it’s evident that there seems to be a reduction in the control of beta-catenin levels during the repair process in older individuals, what is causing this still remains unknown, so there is plenty more work to be done. But if they can find the responsible agent, it could be possible to eventually target it with drugs, which could be of huge benefit to the elderly.