Have you ever practiced an activity that promoted a meditative state, like running or yoga?  I started running recently and one of the greatest aspects of the sport, for me, is being able to get into my zone and think about nothing but ‘one foot after the other.’  It clears my head and allows me to think more efficiently throughout my day. 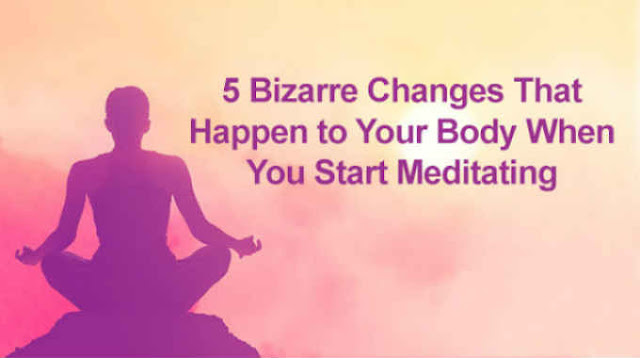 As it turns out, there’s a growing amount of scientific research showing that meditation helps with a variety of different physical health issues as well as mental health issues.  It’s also perfect for strengthening the connection you have with yourself as you work toward a higher spiritual link.

Here are five great things that happen to your body when you start meditating regularly:

A University of Kentucky study found that even beginner meditators showed improved short-term cognitive functioning, and long-term practitioners needed sleep significantly less than their counterparts who did not meditate.  You may not want to sleep less, but if you do, meditation might be able to help.

Studies performed on Zen Monks, who meditate regularly, have found that they exhibit an improved sense of touch.

“In order to assess the sense of touch quantitatively, researchers measured the so-called “two-point discrimination threshold”. This marker indicates how far apart two stimuli need to be, in order to be discriminated as two separate sensations. After the finger meditation, the performance improved on average by 17 percent. By comparison, tactile acuity of the visually impaired is 15 to 25 percent above that of typical sighted individuals, because their sense of touch is used so intensively to make up for the reduced visual information. Hence, the changes induced by meditation are comparable to those achieved by intense long-term training.”

Having improved breathing technique helps our bodies out in tremendous ways.  During meditative activities, we are largely focused on our breathing.  How our lungs are filling with air, how we’re exhaling out that air–it all becomes a deeper part of your unconscious being as you practice deeper, better breathing patterns.

Meditation is a great way to truly focus on being present and aware in the moment.  Many of us are rushing around, living fast, busy lives, so much so that we start to leave the present moment and drift toward the future (or worse, get stuck in the past).  Meditation helps us to approach each task and obstacle of our day with productivity and focus.

“Initial results from a study exploring whether training in meditation or relaxation can improve office workers’ ability to multitask on a computer more effectively and/or with less stress. Human resource (HR) personnel were given 8 weeks of training in either mindfulness meditation or body relaxation techniques, and were given a stressful multitasking test both before and after training. (A third group, a control group, received no intervention during the 8-week period but was tested both before and after this period.) Results indicate that overall task time and errors did not differ significantly among the three groups. However, the meditation group reported lower levels of stress and showed better memory for the tasks they had performed; they also switched tasks less often and remained focused on tasks longer.”