A video of Muslim students helping to rebuild damaged Buddhist temples has been widely circulated on social media in the wake of a spate of vandalism by violent mobs in Tanjungbalai, a city in the Indonesian province of North Sumatra. The video, showing the students helping to clear up debris and repair damaged walls, was uploaded to Facebook just days after the attacks, where it was shared more than 10,000 times. The original uploader later removed the video, although it can still be found on YouTube. 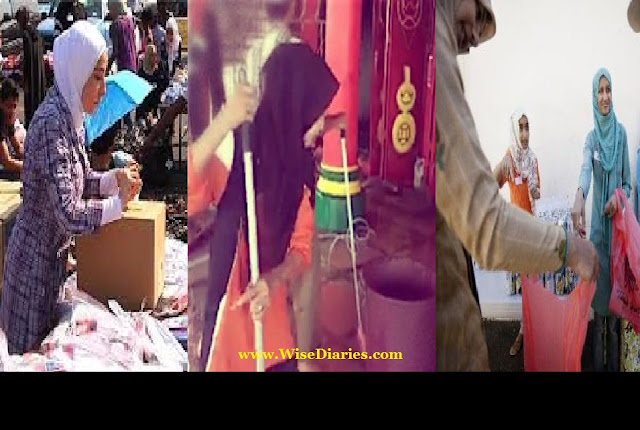 Local media reported that enraged mobs vandalized and set fire to 12 Buddhist temples overnight on 29 and 30 July in Tanjungbalai, near Indonesia’s fourth-largest city of Medan. No casualties were reported. The incidents were reportedly sparked after news spread on social media that a member of the Chinese community, most of whom are Buddhists, had complained about the volume of the call for prayer by a local mosque.

The attacks were met with a chorus of condemnation from many sectors of Indonesian society, with Christian clergy members urging the authorities to bring the perpetrators to justice for the sake of religious harmony in the country. “All parties must learn from this case and hope for something better for the sake of our nation, our well-being, and our belief in one God and humanity,” said Archbishop Suharyo. Father Antonius Benny Susetyo urged police to apprehend those behind the attacks, saying, “This happens again and again because provocateurs of intolerant actions are not punished accordingly.” (Regional Interfaith Network)

Indonesian president Joko Widodo ordered the chief of police, Tito Karnavian, to take strict action against the vandals. “I have instructed the national police chief to crack down swiftly on the perpetrators and make sure the incident doesn’t happen again, anywhere,” Widodo was quoted as saying. He also called on all of the country’s ethnic groups to protect and tolerate one another. (Today)

Indonesian vice president Jusuf Kalla, chairman of the Indonesian Mosque Council, has since called on mosques to keep the volume of their loudspeakers at a reasonable level, out of consideration for non-Muslim residents and as a gesture to promote social peace and harmony. Kalla noted that as well as being overly loud, some mosques recited parts of the Quran for much longer than needed for people to arrive for prayer. (The Jakarta Post)

At least 12 people have so far been arrested in connection to the attacks on the temples. “We’ve charged eight suspects with robbery and four with vandalism,” said Rina Sari Ginting, a spokesperson for the North Sumatra Police. “There could be more suspects as we are still questioning other witnesses,” she noted, adding that the situation in Tanjungbalai had since returned to normal. (Today) Residents gather in front of Dewi Samudera, a Buddhist temple in Tanjungbalai, which was plundered and set ablaze by an angry mob late last month. From thejakartapost.com

According to 2010 census data, more than 87 per cent of Indonesia’s population of 237.6 million identify as Muslims. Christians make up almost 10 per cent, while 1.7 per cent are Hindus, and 0.7 per cent identify as Buddhists. Constitutionally a secular state, Indonesia recognizes six official religions (Buddhism, Catholicism, Confucianism, Islam, Protestantism, and Hinduism), although studies indicate that as many as 245 non-official religions are practiced in the country.