The Vatican is this morning facing a further crisis after routine DNA tests revealed that the communion wafers used in Sunday mass contain 0% of the body and blood of Christ. 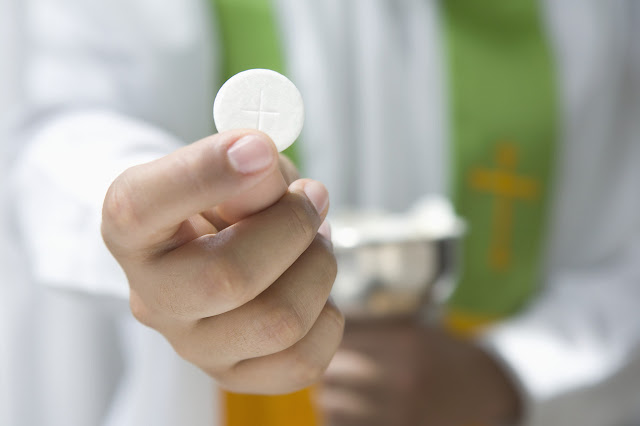 The findings are sure to pile further pressure on the ailing religious organisation, just days after their Chief Executive resigned citing ‘personal reasons’ and ‘being a bit old’.

The news will concern billions of Catholic consumers, previously led to believe they were consuming Christ himself each Sunday morning during mass.

Catholic Simon Williams told us, “So what have I been eating all these years? It’s not horse again is it?”

“It’s always had a funny taste that I couldn’t quite place. But having been a choir boy in the catholic church I grew up being told by priests that putting strange things in my mouth was the done thing.”

“That said, with the amount of cash I’m encouraged to put in the collection plate on a Sunday morning I can’t believe they’re scrimping on the ingredients.”

“You’ll be telling me next that the stuff they dip the wafer in isn’t actually blood.”

A spokesperson for the Vatican explained that the DNA test results merely highlight the incompatibility of science and religion.

“Oh, it has done exactly that? Right. Well.  There’s probably something in the Bible about that. I’ll have to go and look.”