Bazongas. Boobies. The girls. Whatever you call them, breasts are surprising for those that have them and those that don’t. Turning up around puberty for women, estrogen and growth hormone cause the development of breasts, which are made up of glandular and fatty tissue.

Here are nine more things you may not have known about the mammaries. After all, they are our breast friends. 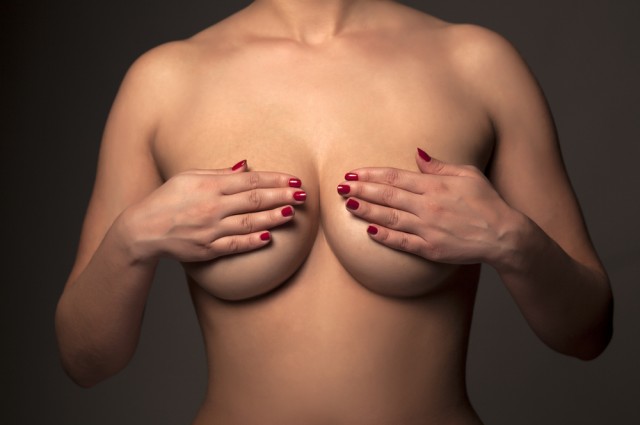 01. Some women can orgasm via breast stimulation..

Two high-profile sex educators conducted an in-depth study to bolster claims that women could reach orgasm through breast stimulation alone. Dorian Solot and Marshall Miller, authors of I Love Female Orgasm: An Extraordinary Orgasm Guide, reported that 1% of women in their research told of their ability to orgasm through playing with their pair.

03. Breasts can weigh about as much as three bricks..

Imagine carrying three bricks around all day every day and then sleeping with them on your chest. The average bra can support breasts that weigh between 0.23 kilograms (half a pound) and 9 kilograms (20 pounds), about the weight of three bricks. That’s heavy stuff.

04. And if you like ‘em large, you’re probably not rolling in dollar..

A 2013 study found that men who "lacked material goods," or who were from a lower socioeconomic background, preferred women with larger bosoms, as this higher fat content may indicate the women have access to better resources.

Essentially, the poorer the man, the larger the handful preferred.

05. Everyone stares at your breasts. EVERY. ONE..

According to a study where women and men were fitted with an eye-tracking device, both were found to look at a woman’s boobs instead of her face but men do it for longer. So women do boob-watch too but they’re just quicker about it.

06. What does your nipple type say about you?

There are different types of nipples, clinically classed as ‘normal,’ ‘flat,’ ‘puffy,’ ‘inverted’ with three grades of inversion, and ‘unilateral.’ And just like the asymmetry of boobs, your nipples may not be a matching pair.

Another udder. A triple nipple. Having a third nipple somewhere on the body is called polythelia. Around three percent of people have an extra nipple, according to Pathology Outline, although estimates varying greatly by location. The National Institute of Health’s Office of Rare Diseases estimates that fewer than 200,000 people in the United States have an extra teat. It’s often mistaken for a mole and can appear anywhere on the body, so grab a mirror and have a good check.

08. Smoking and pregnancy can cause sweater puppies to sag..

There is a vital protein in the skin called elastin, which gives skin elasticity and stretch without tearing. Continual smoking can actually break down this protein, causing slack bosoms. Additional pregnancies can also cause breasts to travel south, as a study presented at the 2007 conference for the American Society of Plastic Surgeons found.

09. You can get your hands on all the bras – for science!

In fact, there is an entire department for this at the Hong Kong Polytechnic University. Created by the bra manufacturer Top Form, the lab is purely dedicated to the research and development of bras, glorious bras!