MEMPHIS, Tenn. – If you’ve had any concerns about our future generation, this article will give you some hope.

17-year-old Kevuntez King told FOX13 that he grew up in a single-parent home with his mother. Her influence helped pave the way to his success.

“She just taught me how to be independent like she had it, (and) she just wanted me to go get it myself,” King told FOX13.

So at the age of 12, when most kids were concerned with getting to the next level of their video game or sleeping in, King started selling newspapers. He kept the job for five years with one goal in mind: earn enough money to pay for his college education.

King earned about $200 every Sunday while selling papers at a downtown Memphis intersection. And after five years of hard work, he has reached his goal.

He was accepted into Tennessee State University, and he has officially earned enough money to pay for his tuition in its entirety.

King wants to share a piece of advice for anyone who feels their dreams are impossible: “Make sure you surround yourself with people that’s trying to go up in life and not trying to bring you down. Just stay positive and always believe in yourself and push for it.” 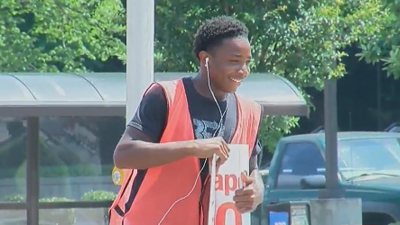